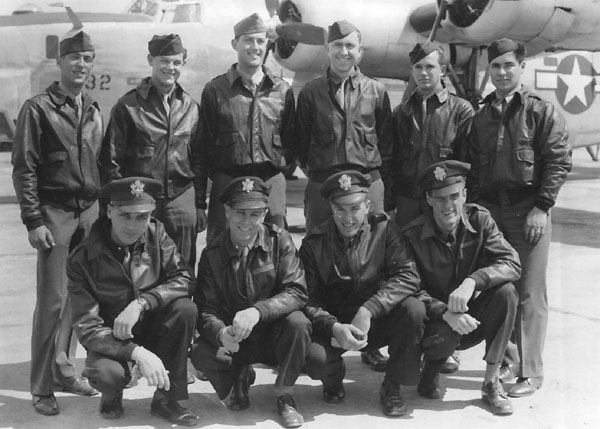 Her warm smile, soft voice, and gracious manner belie the determination and tenacity of this gifted WW2 researcher and writer.  She is Marilyn Jeffers Walton, daughter of a WW2 POW and author of “Rhapsody In Junk—A Daughter’s Return to Germany to Finish Her Father’s Story,” the chronology of her exhaustive and ultimately successful quest to follow in her father’s wartime footsteps. 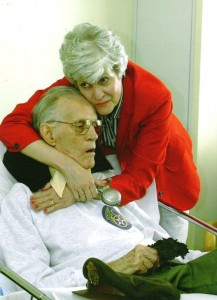 After years of searching and hundreds of interviews, Marilyn and her college professor husband, John, returned to the location of her father’s capture and subsequent nine month imprisonment in Stalag Luft III and Stalag VIIA.  She interviewed eyewitnesses to his capture and met the woman who watched him bail out. She made friends with the son of the Master Interrogator of Germany, Hanns Scharff, who helped with her research. She walked the site where her father’s B-24 Liberator crashed on that fateful day, June 18, 1944. And she returned from the German woods, to her father, a piece of “Rhapsody In Junk,” the bomber in which his final mission was flown.

The well crafted and riveting story of a daughter’s love and desire to complete her father’s story is a must read for WW2 enthusiasts. Even if WW2 history is not your passion, the human interest of this poignant story will draw you in to its thrilling narrative.

The initial search satisfied some of her intense interest…but not all. She was hungry for more.  So, she then helped to organize a trip for the children of Stalag Luft III POWs to re-enact their “Kriegie” fathers’ Forced March through Poland from the camp to Spremberg, Germany, that the men had experienced in the frigid winter of 1945.

The captivating story of the next generation “Kriegie Kids,” is told in Marilyn’s article, “Return to Sagan.” It illustrates Marilyn’s thorough research, attention to detail, and above all, quest for a first-hand understanding of the hardship of this march that for a few of the original marchers resulted in death.

Marilyn’s gifted research ability has helped many connect with WW2 events and people. In an article we will post next week, Marilyn will relate the story of another Stalag Luft III POW,  Lt. Ewart T. Sconiers, who died in captivity and was buried in an obscure graveyard in Poland.  Aided by Marilyn and a host of international researchers and the Defense Prisoner of War Missing Personnel Office, Sconiers’ niece, Pam Sconiers Whitelock, has been on an obsessive search for her uncle’s body.  This search, which is nearing success, will, likewise, capture your attention.

We at WORLD WAR 2 COLLECTION are pleased to introduce you to this wonderful lady…and her tremendous story telling ability. ENJOY!!!