Herbert Weber, Iserlohn, born 1931, had been a student at Hagen/Westphalia Secondary School since Sept. 1941. 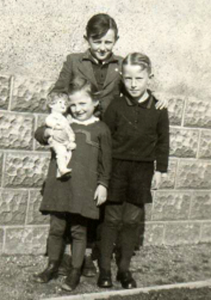 Due to the rising intensity of allied air raids on West German cities, students and teachers of his school were evacuated to more safer regions in Eastern Germany at the end of July 1943. The new home assigned to them was the port city of Rügenwalde on the Baltic Sea in East Pomerania. There, the students lived with Rügenwalde families in foster homes, and shared the school house and all its facilities with the locals.

When the Red Army advanced closer to Rügenwalde in early 1945 the greater part of the Hagen students left the critical zone and returned to their home town. Weber and those who stayed behind were lucky to get out on the last ship on March 6,1945, one day before the Soviets conquered Rügenwalde.

Together with hundreds of other refugees they were able to escape from the Russians across the Baltic Sea to the port city of Swinemünde. At that time Swinemünde on the Isle of Usedom was overcrowded with refugees. They came from East Prussia und Pomerania mostly on horse drawn carriages or by ships filling the harbour and awaiting their turn to disembark their human cargo. All these people were lucky to have escaped from the Soviets. They found provisional shelter in schools, churches, gymnasiums, etc. The Swinemünde railway station was congested with trains that were to transport refugees and also wounded soldiers to the West.

Weber and his group, already four days on board and waiting to enter the harbour were finally able to disembark. They found shelter in the straw covered auditorium of the FONTANE High School on Roon Street.

On Monday March 12, 1945 at about 11 a.m. Swinemünde was attacked by 671 B17 and B24 Bombers of the 8th US Air Force unleashing 1609 tons of bombs. The Bombers were escorted by 412 P51-“Mustang” fighters. In no time the city turned into a flaming inferno and became what people called “the Dresden of the North”. 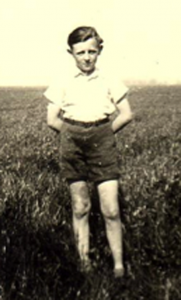 The students from Hagen, who had previously been evacuated to be safe from allied bombing raids, found themselves amidst such a disaster. Miraculously the group survived and nobody in the basement of the school came to harm. The following morning busses took them to the Neubrandenburg railway station, from where they continued on their journey home, travelling only by night, because of the danger of low flying fighters during day time. The group finally reached the city of Hagen on March 16,1945.

Over a span of more than ten years H.Weber has been involved in researching and documenting the events concerning the Swinemünde raid. These efforts resulted in the editing and issuing of a brochure under the title “The Inferno of Swinemünde” in which 39 eyewitnesses give an account of how they lived through that dreadful hour on March 12, 1945.

The raid – ordered by the Soviet Military – did by no means achieve its military aim, since the victims were mostly civilians. As many as 23,000 men, women and children are said to have lost their lives during that noon-hour. The dead were buried in mass graves at the “Golm”, a hill outside Swinemünde, which has thus become one of the largest war gravesites in Germany.

61 years later, on March 22, 2006, Weber continued the story, entitling it, Coincidence or Providence, an encounter 61 years after World War II. 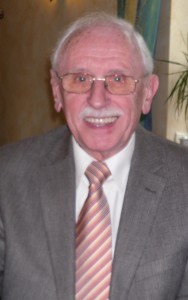 “In February of 2006 I flew to Florida to visit an old friend from kindergarten days, now living in Montreal, Canada, but who spends the winter months in his condo at Delray Beach. We had been informed by local newspapers that the annual Air Show (Collings Foundation) of WWII planes, i.e. bombers would be held at the nearby Boca Raton Airfield during that period. When we went to see the “Old timers” we were guided and informed by ex-pilots and crew members who were now in their eighties.

My friend and I had vivid memories of the types of planes on display, which in war times flew over Germany to attack their targets. When looking at these so-called “Flying Fortresses” and “Liberators” my thoughts went back to the Swinemünde air raid and I relived that terrible bombing experience.

We met two ex-airmen, one of them Mr. A. Edward Wilen († Oct.12,2012) of Boca Raton, the Exhibition Manager, aged 84, who navigated a B24 on a bombing mission to Braunschweig (Brunswick) on May 8,1944 and was shot down by a German fighter. He bailed out and was held prisoner in different POW-camps until he was liberated by troops of the 3rd USArmy in Moosburg/Bavaria/Germany on April 29,1945. 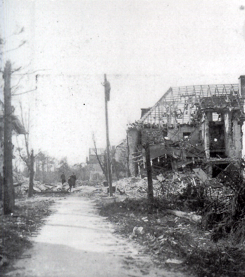 The other veteran, aged 80, by the name of Sid Katz of Livingston, New Jersey, flew as a radar operator on a four engine “Liberator” completing, in all, 30 missions over Germany.

When questioned about the targets they attacked he mentioned Magdeburg, Kassel and others, and referred to one in a somewhat amused undertone:  One morning at an unearthly hour, the crews were briefed about their target. The name that came up was “Schweineminde” which sounded almost Yiddish to the young Jewish airman. I corrected him and made sure he meant “Swinemünde on the Baltic Sea”, which he confirmed, mentioning that it happened on a Monday in March 1945.

My friend and I looked at each other in utter amazement and I said to Sid Katz: “You bombed me, but I survived and could escape!” He took hold of my hands and our eyes met for a long moment!

I had to travel to Florida to meet by chance a man who along with hundreds of his comrades had been instrumental in causing the most frightful 70 minutes of my then 14 years young life, but also bringing thousandfold death and destruction to Swinemünde. Sid Katz was unaware that the air raid of March 12, 1945 had cost more than 20000 lives. His comments with a certain sign of regret were: “At the time I was 19 years old and had to do my duty!” 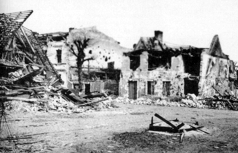 He remembered that the air raid had been requested by the Soviet Military, and that the large bomber formation (671 four engine bombers, dropping a bomb load of 1609 tons) were escorted by 412 P51 “Mustang” fighter planes.

Despite total allied air supremacy at that time there was still fear of German fighter attacks. The escorting “Mustangs” were therefore ordered to stay with the bombers at all times. Sid, however, did not exclude that some of the fighters may have ignored the order and flew low level attacks against ground targets. Sid Katz unit was the 467th Bomb Group, 2nd Air Division, 8th US AirForce.

Sid told me, that he made several trips to Europe, however, not to Germany. I did not dare ask why. Could it have been because of Nazi-Germany’s crimes against the Jews? Our conversation came to an end when Sid was called away to guide a group of school children, who had just arrived by bus.” 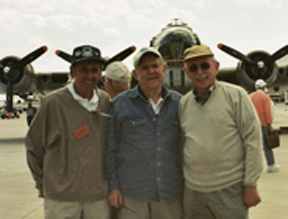 (from left) A. Edward Wilen, Sid Katz and Herbert Weber