World War II has been the subject of as many books as virtually any other in the years since the the war concluded. Some focus on specific battles…others on the air war or fighting on the ground. Many delve deeply into the main principals of the allies and axis powers…Churchill, Roosevelt, Stalin, Hitler, Mussolini, etc. Earlier in 2015, after 6+ years of research, interviews, trips across the pond and writing I gave publishing birth to a “fact based historical novel” focused on a family and specific segment of WWII. In these few months A FORTRESS AND A LEGACY has met with some incredibly positive reviews…from both women and men, and from WWII enthusiasts as well as those who have only a modicum of interest in history.

Reviews indicate that the book’s character portrayal and overarching love story are the embedded threads that give the novel it’s zest and vibrant tapestry. Some of these reviews can be seen at: http://amzn.to/24igPq8. As a result of the book’s acceptance (surprising to me), I have had an opportunity to speak across the country and in England at a number of WWII reunion groups, museums, libraries, book review clubs and other venues.

One picture included here is from a presentation made to the Stalag Luft III POW (Site of The Great Escape on March 24-25, 1944) reunion group at the National WWII Museum in New Orleans. It was an honor to have FORTRESS featured at the Air Show along side of Tuskegee Airman and P-51 Pilot Alex Jefferson’s book and one of the last living Doolittle Raider crewmember, Dick Cole’s book. Another is with noted WWII author David Osborne at the Ridgewell Air Base Museum in East Anglia.

In January of this year I spoke at the Mighty 8th Air Force Museum in Savannah, Georgia. It was quite a thrill to be able to introduce my cousin, Rosalind Perrin Davis, the daughter of FORTRESS’ hero, Ross Perrin, to the audience at the conclusion of the hour long talk. I wrote the book primarily to give Rozzy the father she never knew as he was killed 35 days before she was born in January of 1945.

Should you like, you can read and watch more of how and why A Fortress and a Legacy came about at afortressandalegacy.com. Books are available at better pricing than at Amazon at: afortressandalegacy.com or by contacting me at jrgreene58@gmail.com The book will also be featured at WWII Heritage Days at Falcon Field in Peachtree City, Georgia on Thursday and Friday, April 30-May 1…. I’ll be there with an ample supply of books to sign and sell. I’d love to see you there. For details about WWII Heritage Days visit their website here.

Remember, as I do every day, that freedom is not free…it comes at a great cost. It also has great value. Let’s purpose to and pray that it will not be lost in this upside down world in which we live!

This article can also be seen at knoxvilleheritage.com. 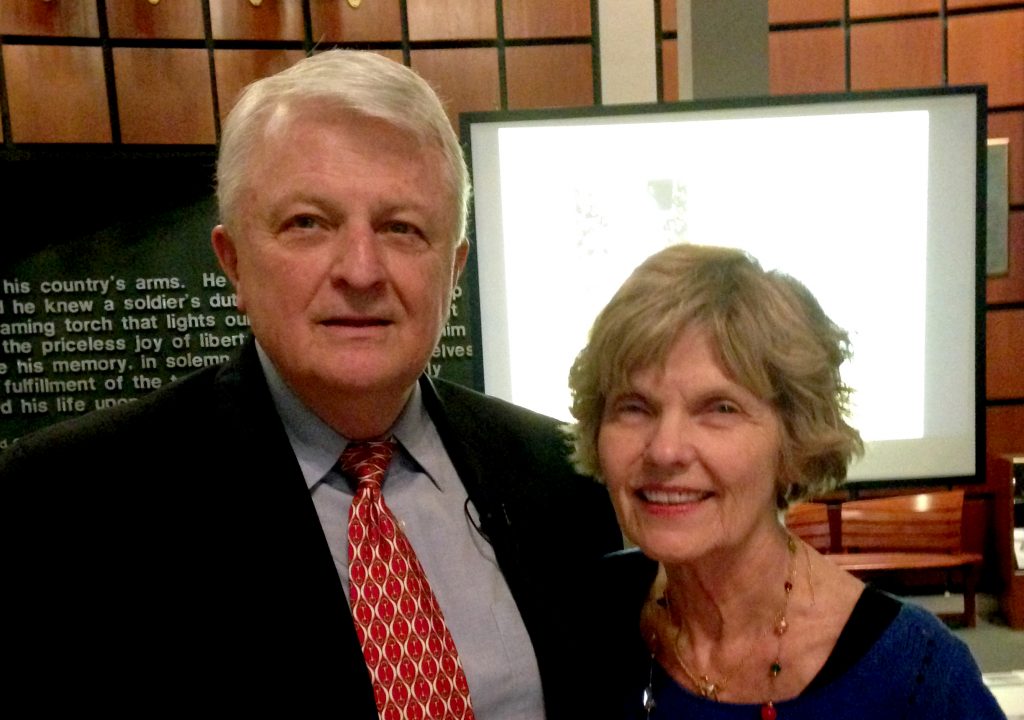 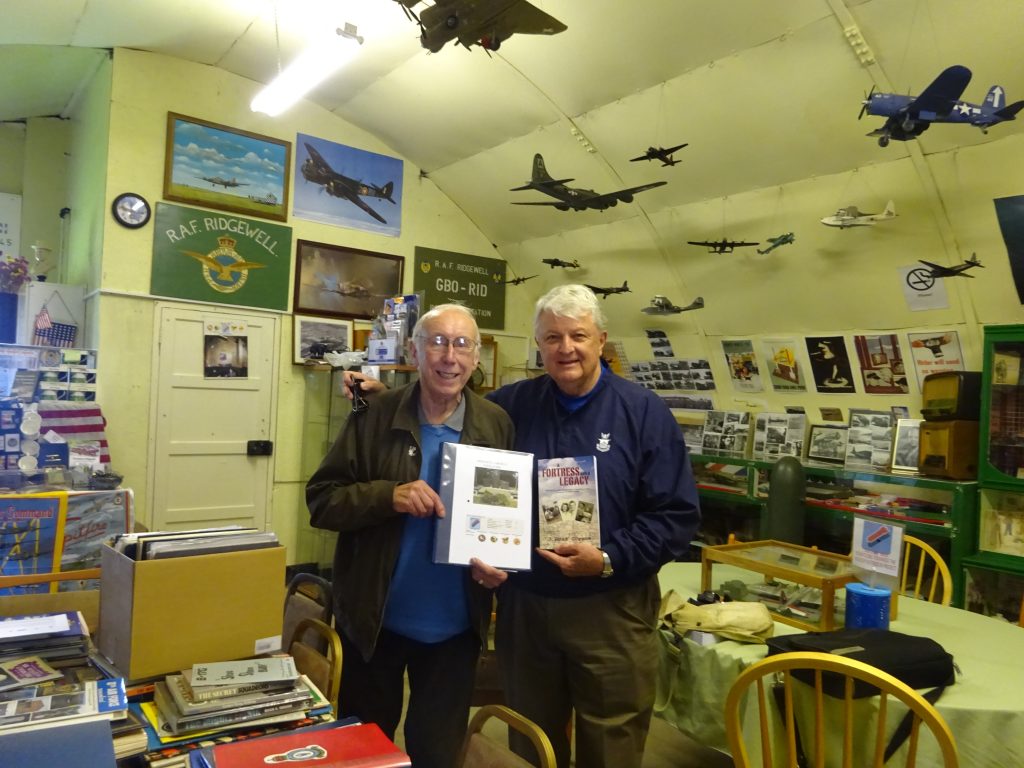 Ross with David Osborne, Historian and Noted author of
WWII books about Ridgewell, England and East Anglia,
at the B-17 Ridgewell Air Base Museum – October 2015. 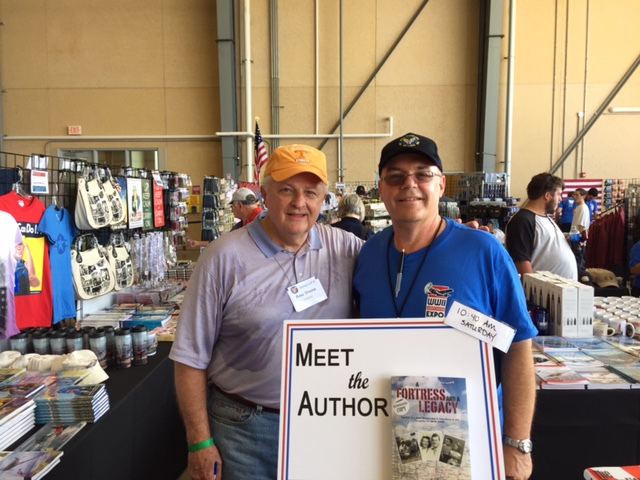